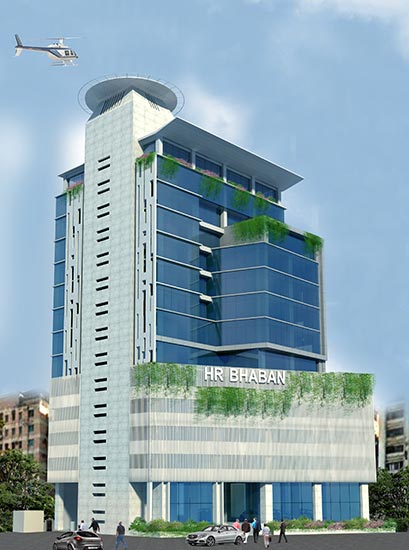 Bangladesh has witnessed an unprecedented and consistent growth in the real estate sector since the early 1990s. High density of population and increasing demand for housing especially in the urban areas has pushed up land prices substantially and also reduced availability thereof.

Understandably, demand for housing in and around Dhaka city, which already has a population of 12 million and is projected to be one of the world's mega cities over the next 15 years, continues to grow.

Accordingly, development of real estate projects, principally in and around Dhaka City, is being actively undertaken by Karnaphuli. It has developed Bangladesh's premier residential and commercial complex - "Karnaphuli Garden City" at Dhaka. The office buildings at HR Bhaban & Karnaphuli Media Point have also been developed by Karnaphuli.